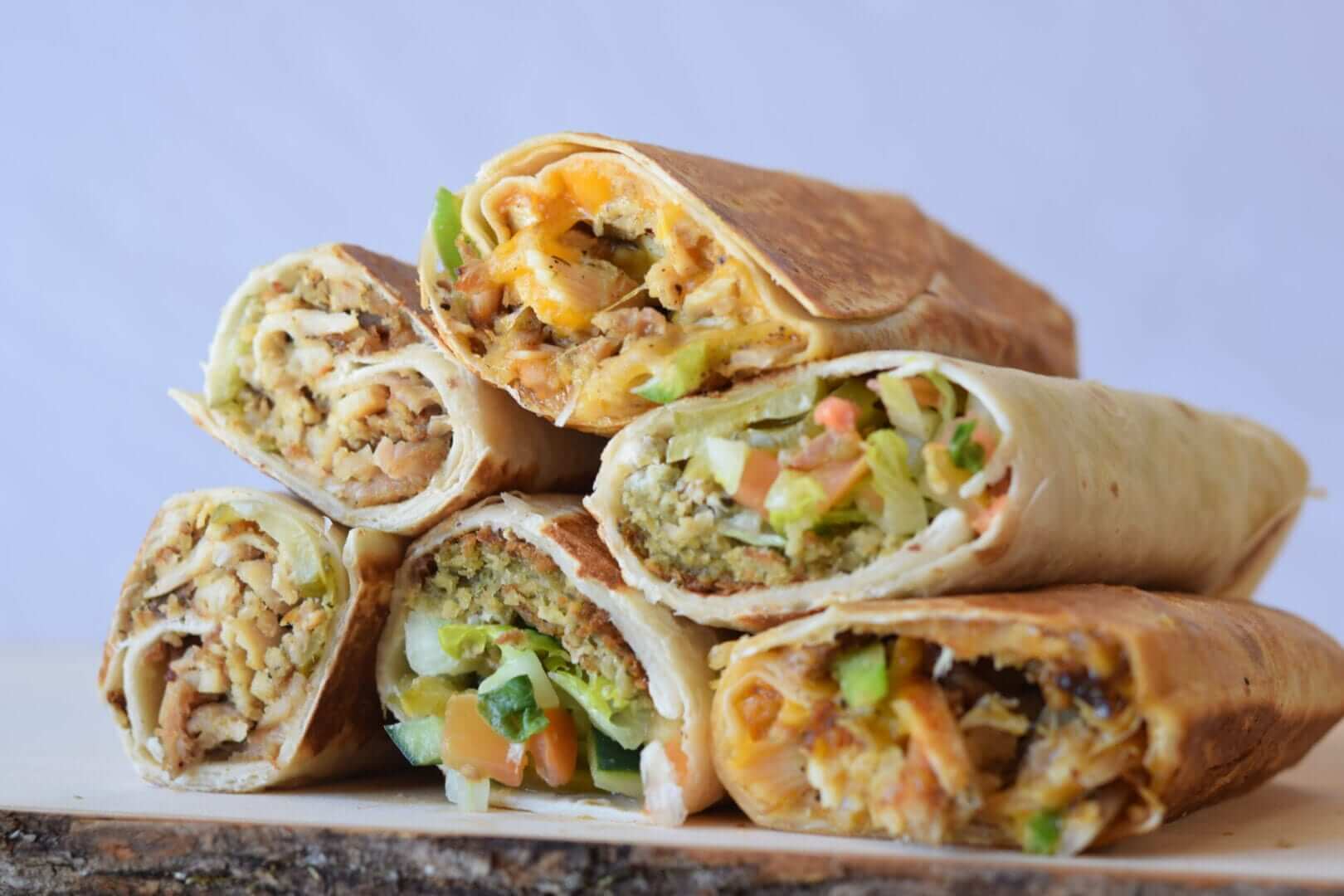 Even in today’s uncertain economy, fast casual franchises are finding more success than other restaurant and dining concepts.

While the popularity of the gyro franchise has taken off in recent years, it still has many limitations and market barriers.

Shawarma Press is similar to many gyro franchises in that it is a somewhat unique concept in a relatively unexplored niche, but also different in that the Shawarma Press menu lineup and business model offer more opportunities for growth, more customization, and appealing to more diverse markets.

Both shawarma and gyro franchises are likely to be classified as “ethnic foods.”

Market research shows that the consumer desire for ethnic foods is incredibly high. In a recent survey, over 58% of consumers report an interest in ethnic cuisine or ethnic fusion cuisine.

The projected annual U.S. retail sales of ethnic foods is values at approximately $12.5 billion and 82% of consumers report recently ordering ethnic flavors and cuisine when dining outside of the home, with one third of people reporting eating ethnic food at least once a week and 32% of those respondents noting that they are willing to pay extra for authentic ethnic fare.

The National Restaurant Association’s most recent report found that 53% of consumers report an interest in foods that offer Mediterranean flavors while 40% seek out restaurants that offer traditional Mediterranean staples and spreads such as hummus (from dried chickpeas), falafels, and spices.

Additionally, despite being valued at over $36 billion, the global ethnic foods market is fragmented, dominated primarily by local small and medium-sized companies, but few major franchises. This leaves plenty of room for emerging franchise brands to make a splash.

Like gyro and other sandwich franchise systems, Shawarma Press is in a prime position to capitalize on the success of the fast-casual business model as well as penetrate more markets due to the under-saturation of sandwich franchises that feature authentic ethnic flavors.

Even before the pandemic, According to market researcher NPD Group, people are eating at home 80% of the time, which is 5% more than a decade ago. This is good news for fast-casual sandwich franchises that are more skilled at preparing meals to go.

While most Americans are familiar with the gyro franchise, far fewer are familiar with shawarma. The average Yelp results for a mid to large-size market (1 million people in the metropolitan area) yielded over twice as many restaurants offering gyro restaurant franchise than those that offered shawarma. This disparity is even greater in smaller markets.

Based on this information, there is plenty of opportunity for shawarma franchises to enter markets that are wide open for growth, whereas gyro franchises will face far more existing competition.

Gyro Franchise dishes tends to be relatively straightforward and unchanging, while shawarma is literally unlimited in its ability to be customized in a variety of ways. Shawarma’s spices, seasonings, toppings, and even meats come in such a variety that there is something for almost every taste and preference. While shawarma was originally made using lamb or mutton, more modernized shawarma offerings also include chicken, turkey, beef, or veal.

Additionally, at Shawarma Press, we believe in helping our franchises customize dishes exclusive to their local markets. For example, we have customized the Tex-Mex Press™ and Tandorri Press™ shawarma for our Dallas market. Gyros remain more rigid in their recipe structure and therefore might not be as well-received in newer markets that are unfamiliar with the cuisine. This is a theory supported by recent market research, which found that among those who order ethnic fare or food with ethnic flavors: 44% always prefer completely authentic fare, while 23% say their preference changes based on the cuisine, and 36% like to explore regional varieties of mainstream ethnic cuisines to try new foods and flavors.

At Shawarma Press, we do not just give our franchisees a recipe and expect them to churn out shawarma en masse for their local markets.  Just as we slow-roast our meats to perfection, we take the time to intensively train and teach our franchisees and their staff in authentic preparation and cooking techniques. We immerse our franchisees in the rich culture and history of the shawarma so that their customers’ taste buds can be tempted by the full flavorful taste of our menu offerings.

For more information on owning a Shawarma Press franchise, please contact us today to learn more.

Posted in Blog
← Franchise Opportunities in Texas: Find Out How to Start Yours in 2021How to Open a Restaurant Franchise in 10 Steps →