New Food Franchises in 2022: Why Shawarma Could Top this List

We live in a global society, with many international cuisines available right at our doorstep.

Many people are enjoying more diverse food than ever before, and that could make shawarma a key player for the top new food franchises in 2022.

A survey by OnePoll found that 88% of Americans experience other cultures through their food, and 79% have proactively learned about another culture after eating their cuisine. Food is helping to unite more and more people, and this presents a great opportunity for entrepreneurs searching for new fast-food franchises.

New food franchises in 2022 need to cater to consumer demand for diversity. Over half of millennials say they’re more likely to try a restaurant if it offers innovative cuisine, and 76% are drawn to try food from different cultures.

Shawarma is one of the hottest cuisines in America at the moment. It led the Yelp Top 100 list in 2020, and Mediterranean and Middle Eastern food continue to be the second most popular restaurant cuisine among reviewers.

Shawarma Press franchises could be in a strong position to take advantage of the changing national appetite for tasty, ethnic food. A proud pioneer of Mediterranean cuisine, Shawarma Press was one of the first brands to introduce shawarma to the Dallas-Fort Worth metroplex.

With an increasing demand for the flavorful Mediterranean and Middle Eastern dishes growing across the country, Shawarma Press is an exciting new food franchise in 2022.

It isn’t just new and unique cuisines that are attracting customers. The Mediterranean and Middle Eastern diet hit on a number of key industry trends for new food franchises.

Heritage cooking is in the news, demonstrating that customers want more diverse food from authentic sources. Shawarma Press founder and CEO Sawsan Abublan was inspired by her family’s recipes to create the Shawarma Press menu, featuring fresh ingredients and ethically sourced produce with the aim of delivering traditional, wholesome food.

Another important trend for new food franchises in 2022 is plant-based proteins, and chickpeas are finally in fashion. Food industry researcher Datassential reports that hummus has seen a 24% increase in restaurant menus in recent years. Falafel has also grown in popularity, with an extra 40% of restaurants adding it to their menus over the same period.

At Shawarma Press, chickpeas are the stars of our scratch-made hummus and falafel, offering two incredible meat-free options that even committed carnivores might find tempting.

Shawarma has an Exciting Potential for New Food Franchises in 2022

While hummus and falafel are finding a wider audience, the popularity of shawarma is also increasing. Ever since The Avengers stopped for Shawarma after saving the world in 2012, the interest in this Levantine dish has grown and grown.

Made from spiced meats cooked on a vertical rotisserie and shaved off to serve, Shawarma is one of the world’s most popular street foods, and this could be the year it finds a whole new audience in America.

Datassential called Middle Eastern cuisine “the ‘it’ taste of the times,” and noted that Shawarma had increased on menus by 45% over the past few years. That makes Shawarma a great menu option for some of the best new food franchises in 2022.

A big part of Shawarma’s appeal is in its generously spiced — but not too spicy — flavor. Innova Market Insights reported a 20% compound annual growth rate of ethnic spices in the American market between 2013-2017, while traditionally American flavors declined in popularity.

At Shawarma Press, our all-natural chicken and premium beef Shawarmas are made using traditional blends of spices for a rich, authentic flavor. Our special recipe will be served up in all our new food franchises.

While many people enjoy the traditional taste of authentic Shawarma, at Shawarma Press we’ve reinvented a classic with two amazing fusion wraps. Our Tandoori Press™️ Shawarma and Tex-Mex Press™️ Shawarma bring east and west together in two incredible flavor combinations.

Data by Statista shows that consumers are embracing fusion cuisine, with a 52% increase in fusion food items appearing on American menus in 2018. Fusion food remains one of the hot culinary trends in 2022, and Shawarma Press has tapped into this key market to unite the humble shawarma with two other great flavor combinations.

Like Mediterranean and Middle Eastern foods, Indian food is gaining traction in the American market. According to Statista, 6% of Americans eat Indian food at least once a month, and an additional 12% consume Indian food several times per year. That puts the Shawarma Press Tandoori Press Shawarma in a great position to capitalize on this emerging food trend.

Taking advantage of an established American favorite, the Tex-Mex Press Shawarma brings together some of the best Mexican, Southwestern, and Mediterranean flavors. The Mexican restaurant sector was worth approximately $62.24 billion in 2019, and 50% of Americans report eating Mexican cuisine at least once a month, so this combination has great potential for enticing American diners.

Shawarma Press Could Be a Hot New Food Franchise in 2022

Since the first Shawarma Press location opened in Irving, Texas, we’ve been on a mission to bring healthier, flavorful fresh food to our customers. We love introducing people to new cuisines and embracing our role in a multicultural community through our innovative fusion menu.

Shawarma and other traditional ethnic foods don’t just taste great. They could also make good business sense because almost half of the millennials say they’ll pay more to try authentic new cuisines. Our menu reflects not just the culture and traditions of our founders, but the new demand from Americans for more diverse and authentic foods.

We’re opening up ten new food franchises in 2022 and beyond throughout Texas, Florida, and Oklahoma. Now we’re looking for entrepreneurs who see the potential in Shawarma and other Mediterranean cuisine options to join us. We’re a nation that places our health concerns front and center, and we’re paying more attention to them every year. It’s an evolving recognition of the connections between diet and well-being, and it can make healthy restaurant franchises in Texas a prudent option for potential owners who want to be part of this transformation of… The Mediterranean Diet Restaurants Concept: What to Know

Health consciousness has risen over the past few decades in the U.S. and has affected the dining habits of many people in the country. It’s a movement toward more heart-smart and weight-aware cuisines and can make ownership in Mediterranean Diet restaurants a smart choice in the modern industry. Here are some of the reasons why… 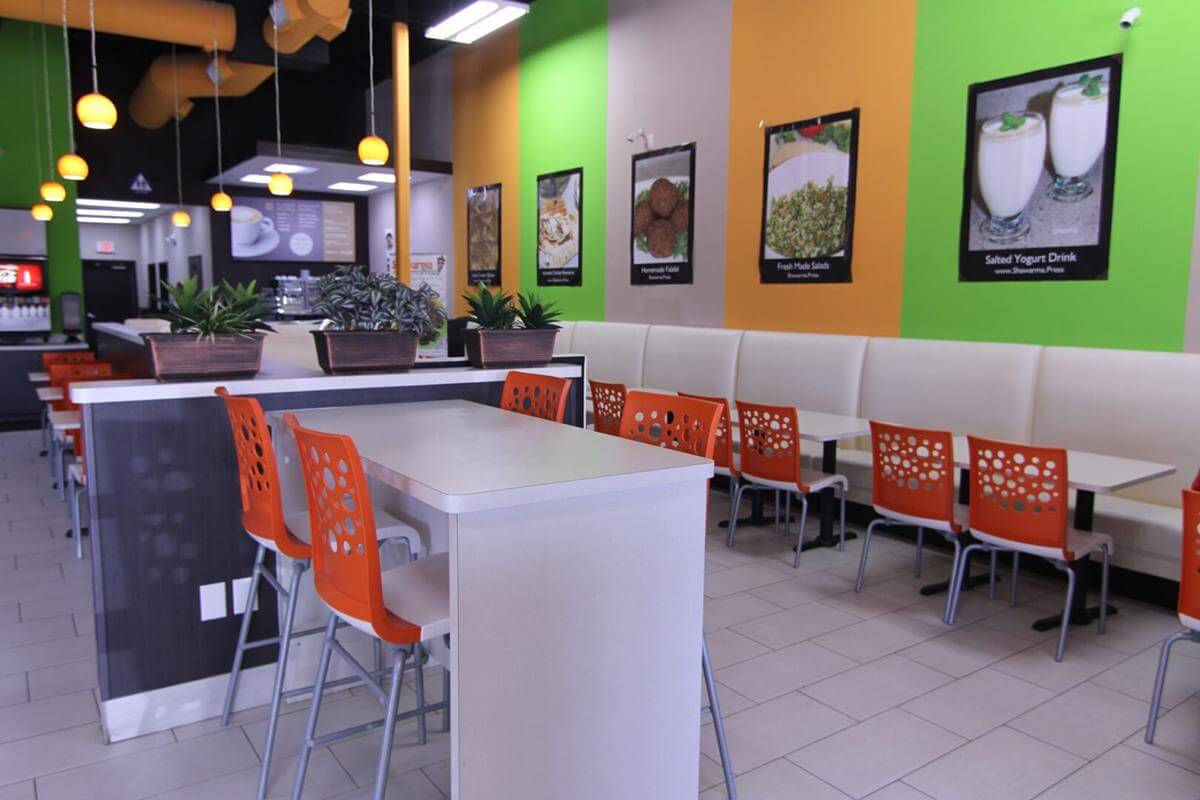 What Does the Future of Fast Food Franchises Look Like?

The future of food franchises–particularly fast food–seems stronger than ever, with growth skyrocketing for many brands. Overall, the number of corporate build-outs and fast food franchise opportunities in 2022 is growing at an average annual rate of 2.4% per person, with an expected compound annual growth rate (CAGR) of 4.6% from 2020-2027. That’s a lot…